What is the Intituto Cervantes ?

The Instituto Cervantes was founded in 1991 by the Spanish government with the aim of promoting the Spanish language and disseminate as well as the culture of Spain and of all Spanish-speaking countries abroad known to machen.Das Institute is a non-profit and public organization . It is the Spanish equivalent of the Goethe-Institut .

The headquarters are located in Madrid and Alcalá de Henares , the birthplace of the writer Miguel de Cervantes . The Instituto Cervantes is the largest institution for the Spanish language worldwide. There are already more than 70 centers across five continents .

In German-speaking countries , there are six Cervantes Institutes in the following cities : Berlin , Bremen , Frankfurt , Hamburg , Munich and Vienna .

Our Spanish language school ‘ Academia Atlantika ” is regularly reviewed by the Instituto Cervantes and certified .
Who likes cares to read can read this informative PDF .
Spanish- language of dialogue
To obtain this certificate , subject to an educational institution very strict conditions , et al teachers must have a university degree and participate in ongoing training .

There are ” quality indicators of academic work , quality of teachers , installations and equipment , the management organization , but also of information and advertising , and regulatory compliance ” checked .

From a speech of His Majesty the King Don Juan Carlos before the Board of Trustees of the Instituto Cervantes :
” More than 20 countries and hundreds of millions of people have with the Spanish language on a most precious heritage . We are bound in diversity and open to all community , which gives these same common language unity and identity . ”
” ( … ) The Spanish language must now more than ever to be an invitation to friendship and understanding , a tool of peaceful coexistence and tolerance as well as a source for innovation and for the understanding between people and cultures . “ 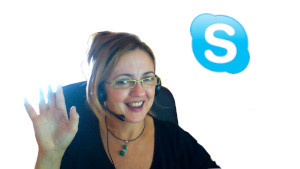 We offer Spanish classes online via Skype or Zoom

Feedback for our students:

Virtual tour of our school